TeachingBooks is delighted to welcome author Julie Flett as our featured guest blogger this month.

Daphne Odjig, one of Canada’s most celebrated Indigenous painters and printmakers, once said, “I am uncomfortable with words; my paintings are perhaps my most honest and legitimate statement.” I think for a long time, I’ve felt similarly. For that reason, when I started working on my picture book Birdsong (Greystone, 2019), I thought it would be wordless. But after working on the images for a few months, I sat down and wrote the words to the story—the characters were so familiar to me that I’d started to hear their conversations. They had a rhythm and were fluid, and the writing was almost like writing lyrics. I believe that drawing taught me how to write, and to become more comfortable with words.

Birdsong is a celebration of relationships, an intergenerational friendship between two neighbors, an older artist named Agnes, and a young girl, Katherena, told from the child’s point of view. Agnes sees Katherena as an equal, and I hope readers will be able to find themselves in this book.

The inclusion of Cree words came naturally to the conversation between the characters. Because I started with the images, I got to know the two in a way that focused on the ease of their friendship, and their connection to each other, the creatures, the land, and the seasons.

Suns and moons appear frequently in my work. At one point in the story, Agnes and Katherena are in Agnes’s studio. The line reads, “Agnes is working on a pot that’s round and bright. She tells me about waxing and waning moons. I tell her about Cree seasons. This month is called pimihâwipîsim—the migrating moon.” Pîsim means moon, pimihâw means migrating or traveling. Pimihâwipîsim—the migrating moon is always in October.

In one of the final scenes, Katherena states, “Later that night, on a frog moon, ayîkipîsim, my mom and I bundle up together in our home.” Again, pîsim means moon, ayîkis means frog. Frogs come out in April in some areas, and in May in other areas, so Ayîkipîsim is not the same everywhere. It’s connected to the geographic reality. When I was working on Birdsong, I imagined the country landscapes and soundscapes connecting two characters who lived close enough to one another to look up from their projects to hear the sounds of the same wood thrushes or chickadees, or to appreciate the light of the moon. As the story ends on a full moon, one cycle is completed, and a new one begins.

Hear Julie Flett pronounce her name and share its history.

Learn how the story of Birdsong evolved in her Meet-the-Author Recording.

Text and images are courtesy of Julie Flett and may not be used without her expressed written consent.

Poetry is a powerful way to share a life! We loved hearing about Eric Gansworth's APPLE: SKIN TO THE CORE - teachingbooks.net/qlmqigq @LevineQuerido 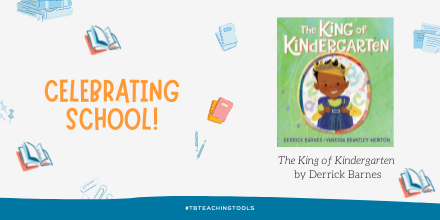 Do you play an instrument? We loved hearing about Abigail Halpin's personal connections with the biographical ITZHAK: THE BOY WHO LOVED THE VIOLIN - teachingbooks.net/qlcxidh @abramskids

Wemberly Worried but you don’t have to with this activity sheet to go along with the books teachingbooks.net/qlyt4tb @GreenwillowBook #tbteachingtools #kidlit 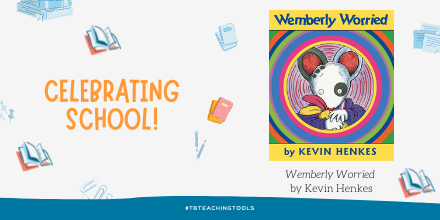 What kinds of boxes can you name? We loved hearing about how @nessadeeart created THE BOX TURTLE - teachingbooks.net/qldg59r @PenguinClass

Welcome Jeff Zentner to our Virtual Book Tour! The award-winning author talks to us about his new Young Adult novel, In The Wild Light. Visit our blog for the exclusive interview, teaching resources and much more! #yalit forum.teachingbooks.net/2021/09/jeff-z… @randomhousekids 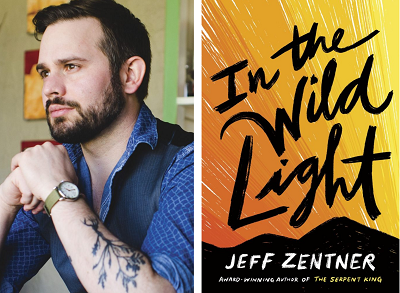 "For Teachers, By Teachers” Lynne Kelly reflects on her journey from teaching to writing and talks to us about the inspiration for her book, Song for a Whale. forum.teachingbooks.net/2021/09/lynne-… @LynneKelly #kidlit

Lynne Kelly on Teaching and Writing 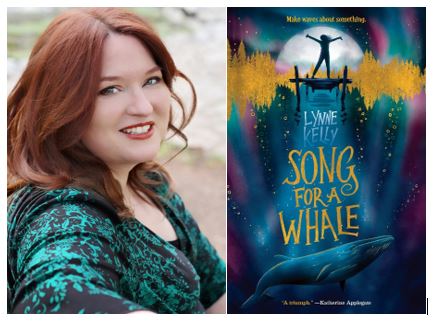 What's in your lunch box? Maggie P. Chang talked to us about her early reader graphic novel, GERALDINE PU AND HER LUNCH BOX, TOO! - teachingbooks.net/qlqkkk2 @SSEdLib

Welcome Nafiza Azad to our Virtual Book Tour! The author talks to us about her new feminist fantasy novel, The Wild Ones. Visit our blog for the exclusive interview, teaching resources and much more! #yalit forum.teachingbooks.net/2021/09/nafiza… @Nafizaa @simonteen

Nafiza Azad on The Wild Ones 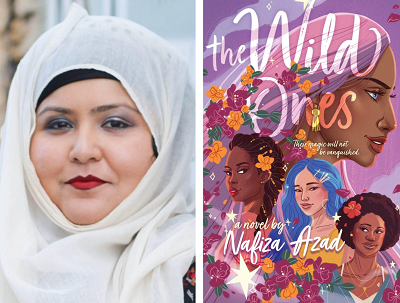 Cats have had great adventures throughout history as well! We talked to author Caroline Adderson about her book THE MOSTLY TRUE STORY OF PUDDING TAT, ADVENTURING CAT - teachingbooks.net/qljrh73 @GroundwoodBooks

Who's story gets celebrated? @debcaletti talked to us about the questions and the women that inspired ONE GREAT LIE - teachingbooks.net/qld82en @SSEdLib

The Pigeon HAS to Go to School! by Mo Willems - Look at these great activities teachingbooks.net/qltqikv @DisneyBooks #tbteachingtools #kidlit 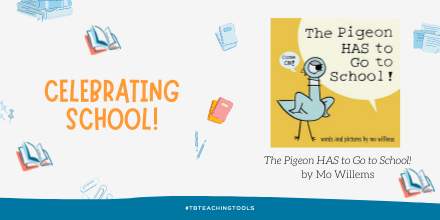 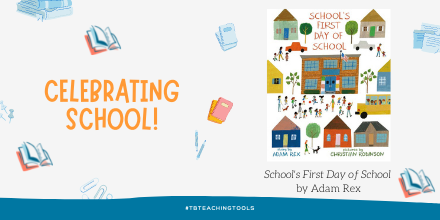 Love literary sisterhoods? Check out what @Nafizaa has to say about her newest book, THE WILD ONES - teachingbooks.net/qlp8jw6 @SSEdLib

What is it like to be sad? @subisnacks talked to us about being sad and being with someone who is sad with JENNY MEI IS SAD - teachingbooks.net/qlsxs9c @lbschool

Words can be tricky things! We loved hearing about the personal connections Shrija Jain had to MY WORDS FLEW AWAY LIKE BIRDS - teachingbooks.net/ql4h3un @KidsCanPress

What is it like to live in Siberia? We found Edeet Ravel's story about A BOY IS NOT A GHOST fascinating! - teachingbooks.net/qlo7uh9 @GroundwoodBooks