TeachingBooks is delighted to welcome author Gayle E. Pitman as our featured guest blogger this month. 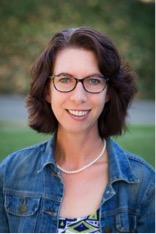 Discovering the Power of History

I loathed history class when I was in school. My tenth grade history teacher routinely instructed students to read our textbook out loud, paragraph by paragraph – and she almost always fell asleep at her desk while we read. The take-away lesson I got from that experience was: History is boring.

Fast-forward to my junior year of high school. One of our assignments in my American History class was to write a paper about a 20th century historical figure. Mr. Reinhardt, my history teacher, rattled off a list of examples, most of which involved the usual suspects: John F. Kennedy. Theodore Roosevelt. Woodrow Wilson. Boring, I thought to myself. The last thing I want to do is write another paper about a dead White president. I wanted to learn about someone who isn’t usually studied in a typical history class, but I couldn’t think of anyone.

One night, I was watching a baseball game on TV with my father, and I asked his advice. “Who would you write about?”

My dad didn’t miss a beat. “Jackie Robinson,” he said. (Obviously he had baseball on his mind.)

My dad snorted. “Write your paper about him,” he said, “and you’ll find out.”

The next day, I did some research at my high school library. (This was 1987. Google didn’t exist then.) 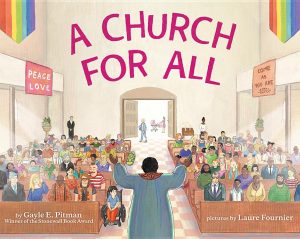 Once I learned who Jackie Robinson was, I got so excited about writing that paper. History seemed like such a boring subject, probably because all we talked about were wars, dead White presidents, and military heroes. (Funny how we called them “heroes,” considering that one person’s hero is another person’s aggressor.) This paper opened a door for me, and made me realize that history could be about baseball players and the Brooklyn Dodgers – and that Martin Luther King Jr. wasn’t the only Black man and civil rights activist of importance.

The day after our paper topics were due, Mr. Reinhardt asked me to stay after class. “You can’t write your paper on this topic,” he said.

“Because Jackie Robinson isn’t a real historical figure.” (Yes, my teacher really did say that.) 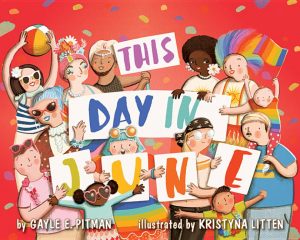 I was a pretty good rule-follower in school, and I rarely challenged authority. But this time, my automatic knee-jerk reaction was to pick a fight. “What do you mean, he isn’t a real historical figure?” I asked. Many years later, I still remember Mr. Reinhardt’s eyes narrowing when I said this.

“He was just a baseball player,” Mr. Reinhardt said. “There isn’t much else to say about him.”

I remember standing there in total disbelief as he said this. “If you let me write my paper about him,” I said, “I’ll prove you wrong.”

Mr. Reinhardt laughed. “Okay,” he said. “If you’re willing to risk your grade.”

I was willing to risk my grade.

So I wrote my history paper about Jackie Robinson. And I worked my tail off. I visited multiple libraries (including a university library), searching for every shred of information I could find. I wrote and rewrote the paper with fierce determination until it was as good as it could be. Mr. Reinhardt decided that my efforts were worth a B+. And I got a tiny taste of what it’s like to have to convince an authority figure that something is worth learning about.

This is why I write books about LGBTQ history. LGBTQ+ history is largely hidden, and one of my goals in writing these stories is to bring visibility to that history. So many LGBTQ+ people feel invisible, disconnected, and ungrounded, and one way to root people into a community is to share our histories with one another. Thankfully, two states (California and New Jersey) now require LGBTQ+ history to be incorporated into public school curriculum, and other states are moving in that direction. For me, telling these stories is a form of activism – opening those doors and revealing those hidden histories is a way of resisting oppression and empowering a community.

Listen to Gayle E. Pitman explain her writing process for This Day in June

Text and images are courtesy of Gayle E. Pitman and may not be used without her expressed written consent.