TeachingBooks.net is delighted to welcome author Patricia Newman as our featured guest blogger this month. 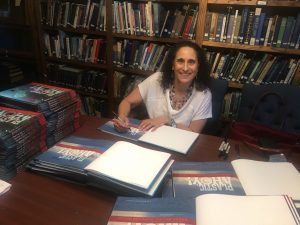 From Injustices to Action

Earlier this year, I had the good fortune to present with Amy Goldman Koss, author of Side Effects (Roaring Brook, 2006) and The Girls (Dial, 2000), in Santa Barbara, California. We spoke about what it is like to live a creative life and how authors turn ideas into stories. Amy said she often writes from anger—anger at the lack of books about kids with cancer who survive, anger at the girls who bullied her friend’s daughter.

As I listened to Amy, I realized that my recent titles come from feelings of injustice. Girls in developing countries denied access to education. Whales and marine birds dying after ingesting plastic. The proposed stripping of provisions in the Endangered Species Act. The destruction of forest habitat on which orangutans rely. Elephant and rhino poaching. 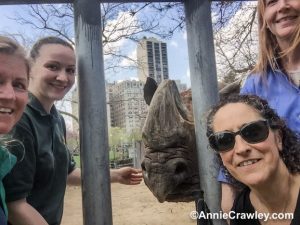 Injustice makes me want to leap into the fray and help, but it also leaves me with a feeling of helplessness because I’m not sure how to be most effective. So, I write for myself and for kids who want to fight injustice and don’t know where to begin.

To do that, I need to connect with young readers on an emotional level. When I was a child, the stories I most related to had connections to me and my worldview. This memory has become the guiding principle for my most recent work. For instance, why is it important for kids in North America to care what happens to elephants in central Africa? Elephants are fascinating, enigmatic creatures, but that’s often not enough of an emotional connection to fight injustice. In Eavesdropping on Elephants: How Listening Helps Conservation (Millbrook Press, 2018), I explain how elephants are the architects of the second largest forest on the planet, and how it benefits us to save them. Throughout the book, QR codes bring stirring audio and video

components that allow students to see and to hear these amazing creatures as scientists study them. 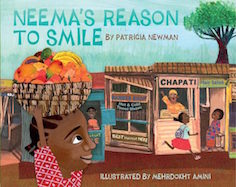 Neema’s Reason to Smile (Lightswitch, 2018) tells the story of a young girl in Kenya whose impoverished family can’t afford to send her to school, offering readers a window into a world where not all children are educated. They also see how a simple act of kindness can make all the difference in someone’s life. The fictional story, plus the back matter about an actual school whose students started out like Neema, provide the emotional punch I look for in a book. Neema also illustrates to children that their voices matter. I’ve included some specific, ideas related to the book for kids who want to make a difference in an article for the Today Parenting Team.

At schools, I tell students that we don’t know what we don’t know, a simultaneously thrilling and terrifying concept: thrilling because new discoveries wait for us, and terrifying because today’s decisions might have huge consequences tomorrow. It’s a concept that’s also the basis for my Sibert Honor book, Sea Otter Heroes: The Predators That Saved an Ecosystem (Millbrook, 2017). Scientist Brent Hughes noticed an unusual mystery: seagrass in an estuary off Monterey Bay thrived even though the water was 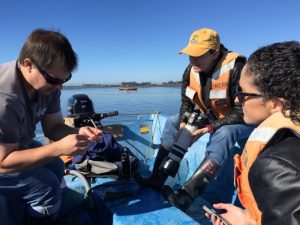 polluted by agricultural runoff. Up until this point, science taught us that forces at the bottom of the food chain affected what happened at the top of the food chain. Brent upended that entire way of thinking when he proved apex predators affect food chain dynamics. By saving these endangered sea otters, we save an entire habitat that provides a nursery for young fish (that later become our food), calms waves on our coastlines, and stores carbon that minimize the effects of climate change.

We already know plastic harms marine life and that our coastlines are littered with garbage. Whales and turtles are suffering and marine birds are dying at alarming rates. But books such as Plastic, Ahoy! Investigating the Great Pacific Garbage Patch (Millbrook, 2014) are making a difference. I regularly receive emails from students who have created presentations about plastic waste and schools that have ditched Styrofoam trays or single-use plastic utensils for reusable items. One young woman told me she applied to college to study ocean plastic because of the impact of Plastic, Ahoy! Undoubtedly there are consequences to our littering that we don’t yet understand. Are phytoplankton—the organisms that feed the rest of the ocean—in danger? Is plastic poisoning coral reefs, the fish we eat, or us? We don’t know what we don’t know.

Books about injustice cause us to stop, think, consider, find out more, and reconsider. What we don’t know can become something we do know. And when we know, we can act. 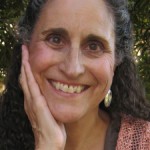 Hear Patricia Newman explain how Sea Otters can save the ecosystem

Text and images are courtesy of Patricia Newman and may not be used without her expressed written consent.