TeachingBooks.net is delighted to welcome author Tonya Bolden as our featured guest blogger this month. 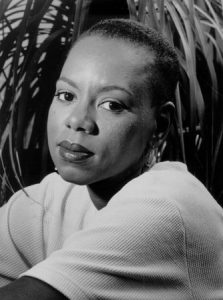 Georgia On My Mind

Crossing Ebenezer Creek (Bloomsbury, May 2017) was a gift.

I still get chills when thinking back on that evening years ago when, during a dinner, a history buff I had just met asked me if Martin Luther King Jr.’s church in Atlanta, Georgia, and other black churches in America bore Ebenezer in their names because of what happened at Ebenezer Creek.

I was clueless. “What happened at Ebenezer Creek?” I asked.

The answer to what happened at Ebenezer Creek during General William Tecumseh Sherman’s historic March to the Sea in 1864 sent me reeling, had me weeping inside. Then it sent me in search, imagining the lives of the black men, women, girls, and boys who joined Sherman’s march full of hope and drive for brighter coming days, new lives—freedom on their minds. 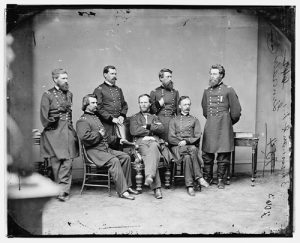 Sherman and his generals

Victims. Beasts of burden. Cattle. So often that’s how blacks on Sherman’s march—and indeed other enslaved black people—are seen. Not as human beings, individuals with dreams, desires, personalities, quirks even. Crossing Ebenezer Creek allowed me to correct that image, to remind people that slavery did not strip every black soul of his/her humanity. Had it, people like me wouldn’t be here.

When it came to writing Crossing Ebenezer Creek, I began with my modest collection of ambrotypes, cartes de visite, and other antique photographs. Faces, poses, and postures inspired names, personalities, and backstories. In crafting characters, I found myself drawing on the lives of historical figures—Harriet Tubman, Josiah Henson, Frederick Douglass, Harriet Jacobs, Henry Highland Garnet, and Martin Delany, for example. I also drew on the lives of non-history-makers I met while reading interviews that Federal Writers’ Project (FWP) workers conducted with formerly enslaved Georgians in the 1930s. While I had Georgia on my mind, I was also thinking about those forebears on my father’s side. My paternal grandfather, Sam Bolden, and his siblings, descendants of enslaved people, were born in Albany, Georgia, way west of Savannah where Sherman’s troops rested before moving on to rampage the Carolinas. 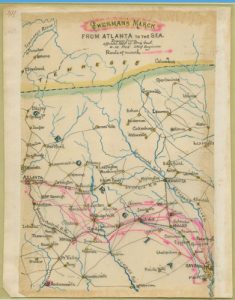 Researching the context of the imagined lives on Sherman’s march was not that daunting because of the research I have conducted over the years on 19th-century America for my nonfiction books, from Tell All the Children Our Story and Maritcha to Cause: Reconstruction America, Emancipation Proclamation, and Capital Days. Along with the FWP interviews, the most fascinating new reading was that of the diaries of Union soldiers on Sherman’s march.

Most challenging was living in my main characters’ skin, confronting and surrendering myself to the abuses and agonies black people, enslaved and free, endured during antebellum and Civil War days. While I often cried at the keyboard, I also marveled—was humbled by the fact that so many black souls hung on to their humanity—knew joy, love, and laughter.

As for the rest of my process, I was recently reminded that there are basically two types of writers: plotters and pantsers. Plotters meticulously map out a book. Writers like me, well, we fly by the seat of our pants. I may start out with a loose outline, a sketch, but I basically write my way in. (And, boy, is that scary!) With fiction, characters don’t really develop and the plot doesn’t come until I get the characters talking. I learn who they are—what’s going on with them—as they speak. Then I build around that. And pray. 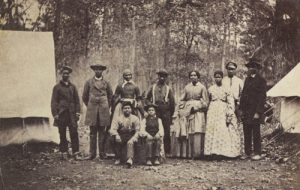 I’ve been asked why what happened at Ebenezer Creek is relatively little known. I’m not sure that there’s one answer. I imagine that the federal government’s betrayal of blacks over those 40-acre tracts of land in coastal South Carolina, Georgia, and Florida eclipsed what happened at Ebenezer Creek. Also, as they say, history is written by the victors. For decades, the North perpetuated the myth that Union soldiers behaved only nobly toward the black people they liberated during the Civil War. Lastly, until relatively recently nobody cared about marginalized people, no matter their color. And that’s why this is such a wonderful time to be writing history and historical fiction. Thanks to the massive digitization projects undertaken in recent years, we now have easy access to diaries, newspapers, ephemera, photographs, and other material that allow us to fill in gaps and bring to light more and more of the little known, to tell new stories that give us a better, firmer grasp of our history. And this is so important because, as Martin Luther King Jr. reminded us, “We are made by history.” 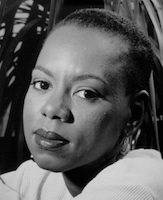 Hear Tonya talk about Emancipation Proclamation: Lincoln and the Dawn of Liberty.

Find other great resources about Tonya Bolden and her books.

Text and images are courtesy of Tonya Bolden and may not be used without her express written consent.

Contests and Giveaways | September
Booting Up for Family Literacy Night!