TeachingBooks.net is delighted to welcome author and cultural anthropologist Ruth Behar as our featured guest blogger this month. 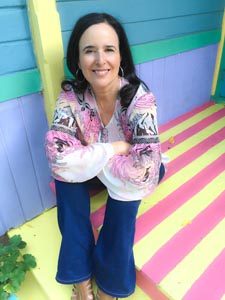 Surrendering to the Story

I still marvel at the way Lucky Broken Girl (Penguin 2017) found its way to the page. The book is both a debut novel and a first effort at writing for young readers. I carried the story with me for decades, but didn’t expect to ever write it. In my career as a cultural anthropologist, I taped stories that I then transcribed and shaped into narratives. Writing Lucky Broken Girl, I felt I was again a scribe, but this time it was the voice of Ruthie, a fictional character, that spoke to me and asked that I surrender to the story she wanted to tell.

Lucky Broken Girl is based on two real-life events. I arrived with my family to New York as an immigrant child from Cuba in the 1960s. Just as we were starting to adjust to a new place, we were involved in a terrible car accident, which left me bedridden for a year and turned me into a nerdy kid who loved books. The novel merges the immigrant narrative with that of a 10-year-old finding her luck as she recovers from her brokenness. 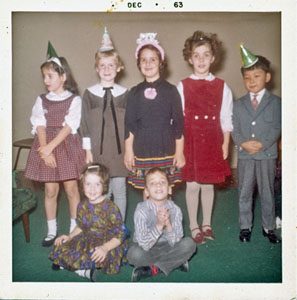 Ruthie is and isn’t me. It’s been a long time since I was a child. I had to conjure my childhood, not simply remember it.

As I listened to Ruthie, I discovered the magic of yielding to a story. Memory and fiction became my wings. At times I wrote about things that I thought I’d made up and was surprised when I learned that they were actually true. At other times I wrote about people and events that I wished so fervently had been true, that they began to feel as if they had actually happened.

The main character takes my childhood name. I randomly (or so I thought) gave her the last name Mizrahi, a Sephardic name which means “from the East” in Hebrew. As the book went to press, I happened to look through my mother’s old papers from Cuba and found my parents’ marriage certificate. I discovered that Mizrahi was my paternal grandfather’s second last name. 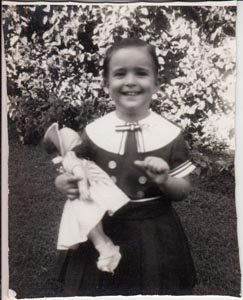 I wrote that Ruthie had a rag doll and that it saddened her when her mother tossed it in the trash, feeling it was time to let go of the past. Sure enough, in old photographs from Cuba, I found a picture of myself with a rag doll. I also wrote about the girl’s fury when her mother gave away a beloved dress to a younger cousin. Looking at those same photographs, I found one of my cousin wearing a dress that I had adored. Fictional conjuring led me to truths I’d forgotten, to memories I didn’t realize I had.

Just as fascinating was learning how some fictional events seemed so convincing to readers that they wanted me to confirm that they had indeed happened. One such moment, takes place on New Year’s Day, 1967. By then, Ruthie is in a smaller cast but still unable to leave her bed. The two ambulance attendants, who normally take Ruthie back and forth to the hospital, make a surprise visit and take her outside to see the falling snow. Many readers have asked me if that really happened and they’ve looked pained when I’ve told them it didn’t. The truth is I was never moved from my bed, except to go to the hospital to change casts. Even my parents want to believe the fictional truth. My mother said to me, “Oh, yes, that moment in the snow was wonderful. Your father and I remember it.” And I told her, “But, Mami, that never happened!” 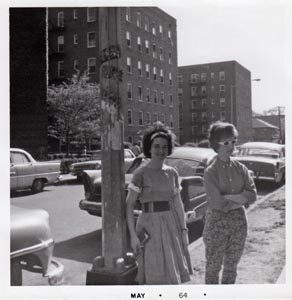 People I didn’t know well, but were memorable characters from my childhood, came alive in the writing. I remembered being scolded by a nurse in the hospital. In the fictional telling, the memory pushed me to want to know more. Why was she mean? What is her life story? Ruthie asks, “Nurse, do you hate me especially? Or do you just hate all kids?” The child’s sincerity leads the nurse to confess that her own daughter is bedridden and she feels angry at the world. The nurse is Irish, her name is Neala, and she no longer has any memories of her family’s lost home, which leads Ruthie to wonder if she too will one day forget Cuba. It is a moment of empathy that didn’t happen, but I wish it had.

Truths that were always there, but I hadn’t seen, were revealed to me, while imaginary wishes somehow became real. What good fortune that Ruthie didn’t give up on me during all those years and kept whispering her story into my ear until I listened.

Hear about Ruth’s name and how to pronounce it.

Text and images are courtesy of Ruth Behar and may not be used without her express written consent.