When I’m working on a book, there’s a perfectly balanced moment when anything seems possible. It comes as I’m well into the research, bursting with ideas and dreams and enthusiasm. Once I start writing, it’s not long before I crash. Reality sets in fast: not everything that fascinates me is going to fit between the covers of a book.

My latest book, Marching for Freedom: Walk Together, Children, and Don’t You Get Weary (Penguin 2009), is on a deceptively complicated subject: the 1965 march for the vote from Selma to Montgomery. I tried hard to squeeze a huge amount in about segregation and civil rights, and Martin Luther King Jr. and the other leaders of the march, but finally I had to rip out paragraphs, even chapters.

I call this stage “leaving grandma’s rocker by the road,” a tribute to all the women on wagon trains who abandoned beloved pieces of furniture en route to a new life in California. Painful. Necessary for survival.

In Marching for Freedom, I wanted to include a map of the 54 mile route from Selma to Montgomery. It was only one short piece of Highway 80 in Alabama. Not very exciting. But every mile was walked by foot. At the eleventh hour I pulled the map in favor of an irresistible photograph. But still. The map was grandma’s rocker.

Then serendipity struck. While my book was being printed, I discovered Google Lit Trips. Jerome Burg, a retired English teacher who wasn’t ready to be put out to pasture, had come up with an amazing idea: he could use Google Earth to map out a book’s story journey for students. He and a small army of volunteers put together Lit Trips from Robert McCloskey’s Make Way for Ducklings to John Steinbeck’s Grapes of Wrath.

When I contacted him, Jerome was enthusiastic about putting together a Lit Trip for Marching for Freedom. Serendipity struck again: Jerome and I live near each other. We could do the work shoulder to shoulder.

Google Map image from the Marching for Freedom Lit Trip

We marked important places on a real-time map–the jail in Selma where kids were locked up, the Edmund Pettus bridge, and Mack’s Café where Jimmie Lee Jackson was shot. We noted every place the marchers spent the night when they finally made the five day march to Montgomery. At each spot we added pop-up windows. Suddenly I had more empty white-space, begging for content!

We filled the windows with quotes and photos, and embedded videos. In “Thinking About the Story… “ we put several questions, beginning with an easy one, and ending with a complex one. Jerome taught me a savvy teacher’s trick: don’t ask any questions that can be answered with a yes or no. Make ‘em think. And the second section, “Learning More About the Story…” was where we linked to websites full of more information. At some markers, we added an author’s note with backstory.

Detail image from the Marching for Freedom Lit Trip

The windows gave us room to explore topics I hadn’t even dreamed of covering in the book. We did one window on the symbolism and importance of the American flag to the marchers, another on the history of the denial of the vote to women and African Americans.

Once all the content was in place, Jerome programmed the way users “fly” from one place to another. They could move around Selma, travel with the marchers to Montgomery, head up to Washington DC for the signing of the Voting Rights Act.

And me? I made it to California with everything I love in my covered wagon, and then some.

Check out our Google Lit Trip and let us know what you think. We’re eager to hear how it works for you and your students. Elizabeth AT elizabethpartridge DOT com

Hear Elizabeth Partridge tell the story of her name, including how she came to be named after her mother …

Hear Elizabeth discuss and read from Marching for Freedom.

Access all of TeachingBooks.net’s online resources about Elizabeth Partridge and her books.

Do you have powerful friendships? @suzanne_young talked to us about the strong female friendships at the core of GIRLS WITH REBEL SOULS - teachingbooks.net/qln6yvt @SSEdLib 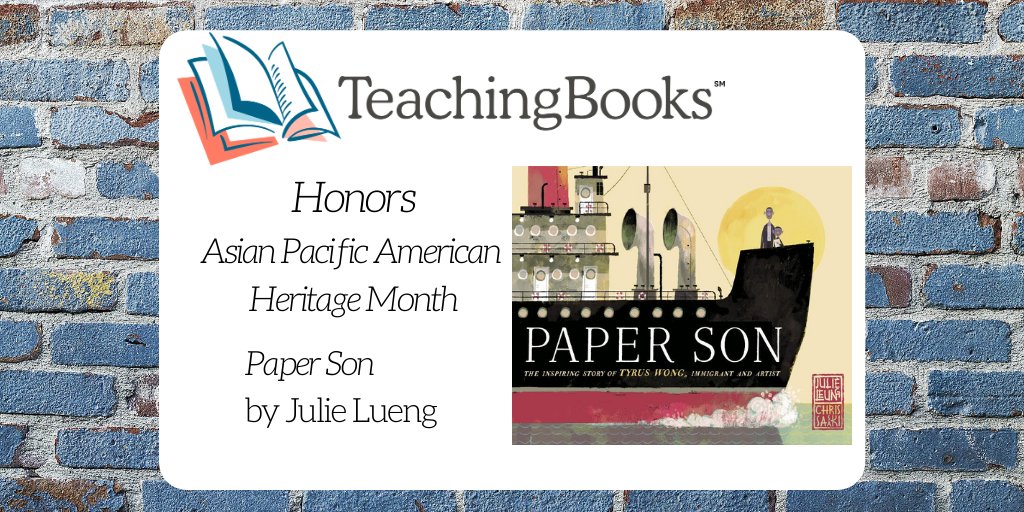 If you want to explore a collection of more than 8000 titles with book trailers @TeachingBooks maintains this. See TeachingBooks.net/booktrailers and enjoy! twitter.com/librarianmcb/s…

Yes! Some of these were book trailers and the others were audio books excerpts! @suzannesannwald I think book publishers should make more book trailers! It helps hook the students into wanting to read a book similar to a movie trailer!

Welcome A.M. Dassu to our Virtual Book Tour! The author talks to us about her debut novel, Boy, Everywhere. Visit our blog for an exclusive interview, resources and more! #kidlit forum.teachingbooks.net/2021/05/a-m-da… @a_reflective @LEEandLOW 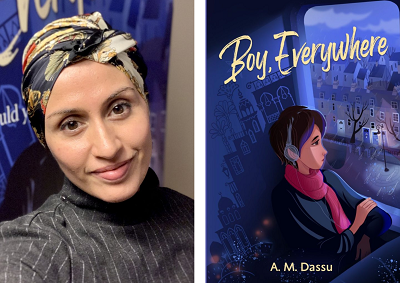 Do you remember the Challenger explosion? We talked to @erinentrada about her memories of it and WE DREAM OF SPACE - teachingbooks.net/qlnt8jd @HarperCollinsCh

What makes a legend? @tracydeonn talked to us about LEGENDBORN and how the choices of communities and people are what build legends - teachingbooks.net/ql2crhw @SSEdLib

Welcome Crystal Maldonado to our Virtual Book Tour! The author talks to us about her debut novel, Fat Chance, Charlie Vega. Visit our blog for an exclusive interview, resources and more! #kidlit #yalit forum.teachingbooks.net/2021/05/crysta… @crystalwrote @HolidayHouseBks 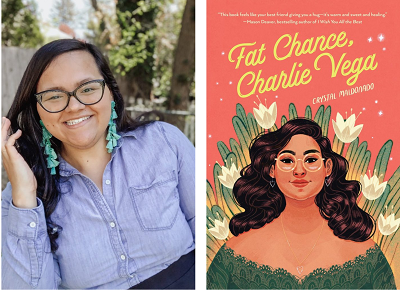 Do you remember the Oklahoma City Bombing? We talked to @Bartography about creating ALL OF A SUDDEN AND FOREVER - teachingbooks.net/qlcmda7 @LernerBooks

What are your favorite subjects? Author @lauriewallmark talked to us about how Elizabeth Friedman's interests changed as she grew up into a CODE BREAKER, SPY HUNTER - teachingbooks.net/qlcgqdf @abramskids 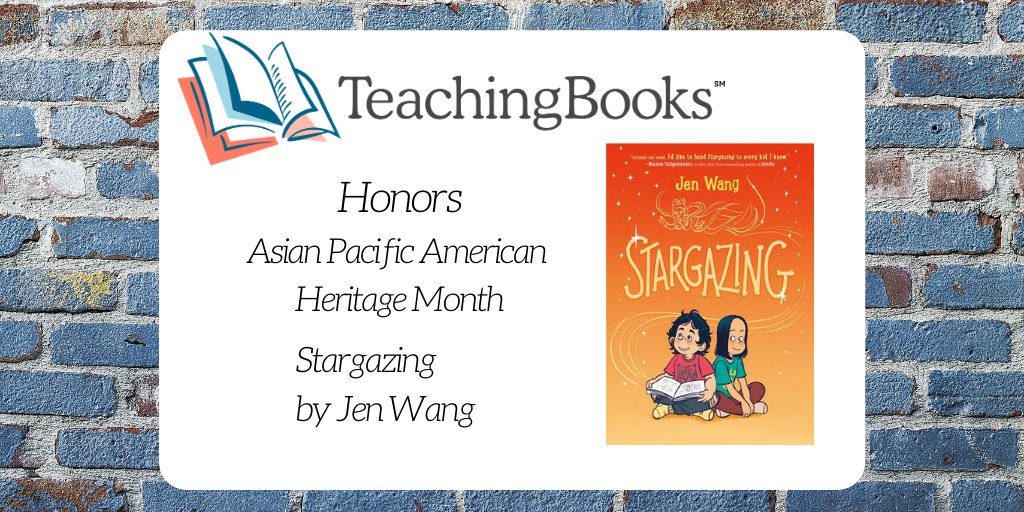 Thanks @janekurtz for your memories and kind words. It takes a village to make @TeachingBooks and I have loved almost every moment of this quest to personalize books and reading for each reader. My best - Nick twitter.com/janekurtz/stat…

I remember brainstorming with Nick Glass about what became @TeachingBooks and wowee did he make it soar! Pleased to join @VCFAWCYA alum Laurie Wallmark in the May give-away: https://t.co/WoWVGE7OVs My chickens will end up in some teachers' hands. Yours? #TeacherAppreciationWeek pic.twitter.com/xBZTiDixhV

Where do poems come from? We enjoyed hearing about how author Mark Karlins created KIYOSHI'S WALK to answer that question - teachingbooks.net/qlqm7gk @LEEandLOW

What would you like in your school? We enjoyed hearing about how Chris Van Dusen came up with his wacky ideas for IF I BUILT A SCHOOL - teachingbooks.net/qlz3aei @penguinkids 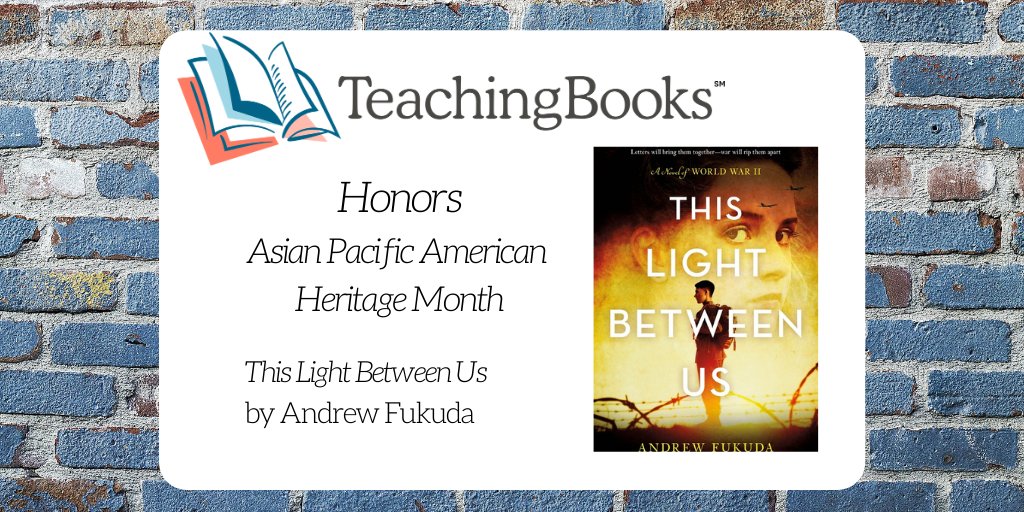 Stories can weave magic! We talked to @DanielNayeri about the stories that inspired his book EVERYTHING SAD IS UNTRUE - teachingbooks.net/qlza9uf @LevineQuerido