In this month’s post, TeachingBooks.net highlights a variety of strategies and resources to encourage the infusion of multimedia into drama studies in secondary schools. These online audio, video, and written materials will enhance classroom readings and conversations about great plays and playwrights.

Use professionally narrated audio performances to give students an opportunity to hear the spoken word.

Pique students’ interest in William Shakespeare with an excerpt from the balcony scene in Romeo and Juliet (from Shakespeare’s Greatest Hits, Vol. 1, produced by Full Cast Audio, 2004).

Use recordings of playwrights to explore writers’ inspirations.

Listen to William Gibson in this 2004 National Public Radio interview as he reveals the origins of his play The Miracle Worker (1957).

Consider these British Broadcasting Company recordings in which Agatha Christie talks about writing and reflects on the 10th anniversary of the 1952 premiere of The Mousetrap.

Share playwright Lorraine Hansberry’s thoughts on art as she introduces To Be Young, Gifted and Black (1969), followed by an audio performance of the play by James Earl Jones and others.

Use online lesson plans to expand conversations and insights into a classic American drama.

Use videos to enliven classroom discussions.

Incorporate this CBS video from a website devoted to Thornton Wilder into your lessons to highlight the relevance of Our Town (1938) for contemporary audiences. 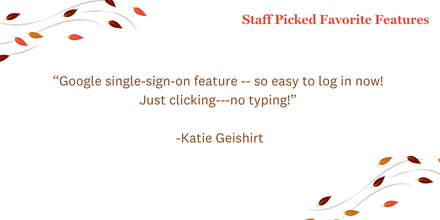 Listen to an example with Maya Angelou teachingbooks.net/ql3c5b3 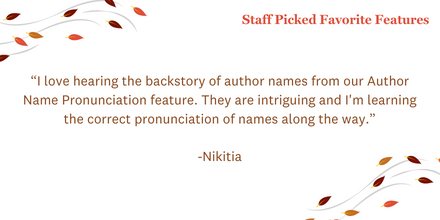 Listen to Zeke Peña, author of Photographic: The Life of Graciela Iturbide, share the inspiration behind the book in the Meet-the-Author recording. teachingbooks.net/qlacbyq #teachgraphix #TBteachingtools Getty Publications @GettyMuseum

Ha! This is a great sentiment. We started @TeachingBooks 21 years ago and appreciate this work and all the partnerships sooo much. twitter.com/erinbookdragon…

I’m so tired that today I thought to myself that I could start a business reading books and then gathering activities and such for each one for teachers to have in one database and then I remembered this already exists 🤦🏼‍♀️ @TeachingBooks .. which I use. Regularly. #teachertired

#RIP Jerry Pinkney. So much love and thanks to you.... twitter.com/NPR/status/145…

The celebrated illustrator Jerry Pinkney, a legend in the world of children's publishing who won a Caldecott medal for his picture book "The Lion and The Mouse," has died at 81 after suffering a heart attack.https://t.co/IrHPJpUnU0

High school ELA teachers check out resources for the books you teach! youtu.be/P1x7qMrOj5M

“For Teachers, By Teachers” Aron Nels Steinke reflects on his journey from teaching to writing and shares the backstory for his graphic novel series, Mr. Wolf’s Class. Visit our blog for the interview and much more! #kidlit forum.teachingbooks.net/2021/10/aron-n… @Scholastic @GraphixBooks 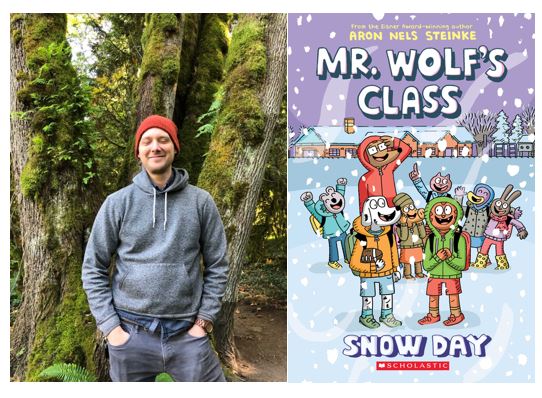 It is important to remember what happened so we can learn not to repeat it. Author Larry Dane Brimner shared his thoughts with us on his book ACCUSED! - teachingbooks.net/qlwinrv @boydsmillskane

Welcome Dean Robbins to our Virtual Book Tour! The author talks to us about his new picture book ¡Mambo Mucho Mambo!: The Dance That Crossed Color Lines. Visit our blog for the exclusive interview, teaching resources and much more! #kidlit forum.teachingbooks.net/2021/10/dean-r… @Candlewick 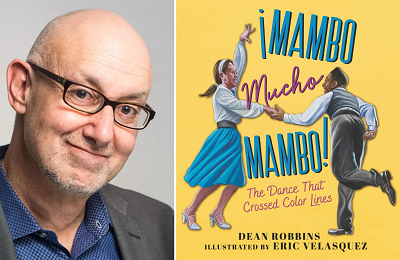 Stories are so important to helping us remember! @GloriaAmescua talked to us about her beautiful CHILD OF THE FLOWER-SONG PEOPLE - teachingbooks.net/book_reading.c… @abramskids

Explore resources for titles that have received the Eisner Awards that celebrate the best comics and graphic novels. teachingbooks.net/tb.cgi?wid=60 #TBteachingtools #TeachGrapix

Family stories can be fascinating! We loved hearing about how the stories from her grandmother inspired @taekeller to create WHEN YOU TRAP A TIGER - teachingbooks.net/qladrvc @RHCBEducators

RIP Gary Paulsen. The confidence-building stories you've left us are an extraordinary legacy. Here's a 2-min recording @TeachingBooks made with him on the backstory for his '88 Newbery Honor book Hatchet: teachingbooks.net/qls3dvh @wearealsc @SimonKIDS @simonschuster

In tribute to the memory of Gary Paulsen and so many phenomenal children's and young adult authors, @TeachingBooks maintains an In Memoriam page, honoring the work of book creators who passed since 1986 teachingbooks.net/InMemoriam #RIP @YALSA_Director @wearealsc @CSK_EMIERT #love