This spring we’ve been busily preparing to help celebrate the 40th Anniversary of the Coretta Scott King (CSK) Book Awards. First celebrated in 1970, 246 recognitions have been bestowed since the award’s inception.

In the early years, only authors were recognized. By 1974, the first illustrator received an award. Then in 1994, the CSK Book Award was expanded to include the New Talent Award to honor African American authors and illustrators with less than three published works.  This newest award is now called the John Steptoe Award for New Talent.

Working on this project made me curious to learn more about the namesake of the award, John Steptoe. The author and illustrator of, among other books, the 1988 CSK Illustrator Award-winning book Mufaro’s Beautiful Daughters: An African Tale (Lothrop, 1987), John also received Caldecott honors in 1985 and 1988.

As it turns out, John Steptoe has a son, Javaka Steptoe, who is also an award-winning illustrator. In 1998, Javaka won the CSK Illustrator Award for In Daddy’s Arms I am Tall: African Americans Celebrating Fathers, (text by Alan Schroeder, published by Lee & Low, 1997).

Enjoy this video of Javaka reading from In Daddy’s Arms I am Tall and reflecting on how the struggles and triumphs of his father impacted his own development.  Gives me something to think about as Father’s Day approaches. How about you?

Where would you go if you could fly? We talked to Jacqueline Davies about her book SYDNEY AND TAYLOR TAKE A FLYING LEAP - teachingbooks.net/ql9k5iz @HMHKids

You may know what snow looks like, but what does it sound like? We talked to author @cfastwolf about how she explored that idea for TEN WAYS TO HEAR SNOW - teachingbooks.net/ql7nayz @penguinkids

Could you explore the WHOLE WIDE WORLD? Jacqueline Davies talked to us about how Sydney and Taylor try to do it in SYDNEY AND TAYLOR EXPLORE THE WHOLE WIDE WORLD - teachingbooks.net/qlbn5m2 @HMHKids

Welcome Lisa Fipps to our Virtual Book Tour! The author talks to us about the inspiration for her new novel-in-verse, Starfish. Visit our blog for an exclusive interview, activities and much more! #kidlit forum.teachingbooks.net/2021/04/lisa-f… @AuthorLisaFipps @penguinkids @nancyrosep

It’s time for another edition of “For Teachers by Teachers” J. Elle, author of the YA novel Wings of Ebony, talks to us about her journey from teaching to writing. #kidlit #yalit forum.teachingbooks.net/2021/04/j-elle… @AuthorJ_Elle @SimonBooks @simonteen

J. Elle on Teaching and Writing

What would a settlement on Mars be like? Jennifer L. Holm imagined one for THE LION OF MARS - teachingbooks.net/ql757mn @randomhousekids

The charming ending to a fun series! @MarlaFrazee talked to us about creating THE FARMER AND THE CIRCUS - teachingbooks.net/qloybmi @Candlewick

Welcome Kate Albus to our Virtual Book Tour! The author talks to us about her debut novel, A Place to Hang the Moon. Visit our blog for an exclusive interview, activities and much more! #kidlit forum.teachingbooks.net/2021/04/kate-a… @katealbus @HolidayHouseBks

Kate Albus on A Place to Hang the Moon

The challenges of making friends after immigrating to the US inspired @MarieArnoldBook to create THE YEAR I FLEW AWAY - teachingbooks.net/qlrmpdb @HMHKids

This introduction by @jetchez is beautiful and powerful. Anyone interested in We Are Not From Here might get goosebumps hearing the author introduce and read the dedication. twitter.com/jetchez/status…

In this segment, I also read the dedication for We Are Not From Here. It’s incredible important to me.

A dangerous journey, hopefully worth the trip. @jetchez talks about the research involved in WE ARE NOT FROM HERE - teachingbooks.net/ql7vs3g @penguinkids

Communities are wonderful things, and @mo_yuksel talks about sharing the one from a mosque for IN MY MOSQUE - teachingbooks.net/qlf97ko @HarperCollinsCh

Welcome Arnée Flores to our Virtual Book Tour! The author talks to us about her debut novel, The Firebird Song. Visit our blog for an exclusive interview, activities and much more! #kidlit forum.teachingbooks.net/2021/04/arnee-… @arneedflores @bloomsburykids @blooms

Arnée Flores on The Firebird Song 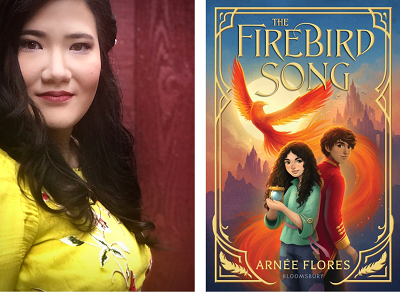